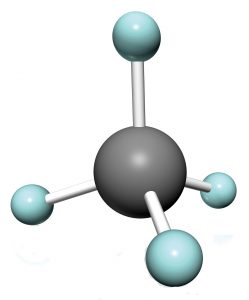 Natural gas or fossil gas is gaseous fossil fuel. It may be found independently (dry natural gas) or in combination with oil in the form of gas droplets above the oil (wet natural gas).

The composition of natural gas varies depending on the places where it occurs. Where it occurs together with oil, there is usually a higher share of gases with more carbon atoms (wet natural gas) and vice versa (dry natural gas) where the methane content is above 85 (mol%).
The relatively pure properties of natural gas are due to the methane that dominates the chemical composition. During combustion of natural gas, the emission of harmful gases is lower than that of fossil fuels. Insignificant amounts of smoke, solid particles (pm) and sulfur are emitted. Nitrogen oxides (NOx) which are responsible for the appearance of smog are released, but the amounts are lower than in diesel and gasoline emissions. Compared to coal, nitrogen oxide emissions are lower by up to 80%, while carbon dioxide (CO2) emissions are lower by 50% -60%.
It is lighter than air, has a low flammability range, i.e. the mixture is explosive at air concentrations of Ld = 5vol% (lower explosive limit) and Lg = 15vol% (upper explosive limit). It has a high ignition temperature, from about 595°C to 645°C. Because of these properties, it is unlikely that accidental ignition will occur, and if ignited, it will burn quickly.
Natural gas is colorless, odorless and tasteless and non-toxic. Due to the fact that it does not contain aromatic compounds, a certain level of safe gas or characteristic odorant is added for safety reasons when distributed (so that in the event of natural gas leakage, it can be noted).
The table shows the usual composition of chemical components and the thermal value of natural gas imported into Macedonia

The natural gas must not contain mechanical impurities, resins and resin-forming compounds.
Depending on the composition of the gas, its thermal power or the energy it carries also changes. The greater is the presence of hydrocarbons with higher number of carbon atoms, the greater is the thermal energy. The thermal energy of the natural gas being imported in the Republic of Macedonia varies within the following limits: the lower thermal value of the gas is within the limits of Hd = ZZ.054 MJ/nm3 to Hd = ZZ.890 MJ/nm3 at T = 20°C and absolute pressure 1.01325 bar.
Natural gas is one of the safest fuels and is nowadays used for commercial and industrial purposes, as a chemical raw material in production, for electricity production and as fuel for motor vehicles. 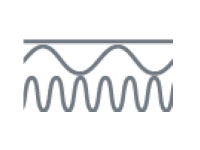 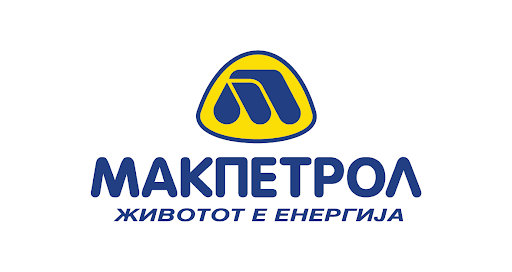